On Earth as it is in Heaven 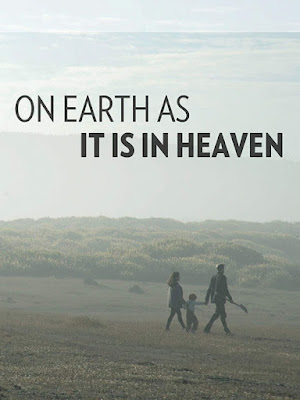 
This is a great, free, introduction to Postmillennialism, a particular view about how God will bring about the end of the world.

In talking about "Postmil," the documentary also compares and contrasts it with other popular "eschatological" or "end times" views, including Amillennialism and Premillennialism. There are big differences between these three, but they all get their names from the Millennium, a thousand-year period mentioned repeatedly in Revelation 20, starting with the chapter's opening verses:

"Then I saw an angel coming down from heaven, having the key to the bottomless pit and a great chain in his hand. He laid hold of the dragon, that serpent of old, who is the Devil and Satan, and bound him for a thousand years; and he cast him into the bottomless pit, and shut him up, and set a seal on him, so that he should deceive the nations no more till the thousand years were finished. But after these things he must be released for a little while."

In brief what the three camps believe is:

Premillennialists: Christ will return before (or "pre") this thousand year period. There are two main divisions in this group, between Historic premillennialists (which would include John Piper) and Dispensationalists which include Tim LaHaye, author of the Left Behind series.

Amillennialists: The Millennium is symbolic, not literal (the "a" in Amillennial means "not") so it isn't a specifically one thousand year period. It is understood to be happening right now, with Satan bound after Christ's First Coming, and it will end with Christ's Second Coming.

Postmillennialists: Christ will return after the thousand years have passed, when the whole world has been Christianized.

Of these three, the most popular is Premillennialism, though not in our Reformed circles which is split between the other two, with the larger group being the Amills.

I don't have a poll to back this, but I think it'd be safe to say the largest group of Christians don't really hold to any end times view, with most of us skipping over the Book of Revelation altogether. That's what makes this documentary essential viewing. God has a lot to say about his plans for this Earth and how He will bring about His triumphant return, so even if some confusion exists, we should be eager to listen.

On Earth as it is in Heaven has at least three major themes.

1. It's a historic understanding

In making the argument for Postmil, the documentary spends most of its against time addressing Dispensationalism, a subset of Premillennialism.

In one clip from Larry King's CNN show, we see Dispensationalist Tim LaHaye argue that his view is the literal view. Many readers are likely young earth creationists who would also describe themselves as holding to a literal view of the Bible. Does that mean we should be Dispensationalists too? Well, what LaHaye means by literal isn't what we mean by literal. Kenneth Gentry explains that reading the Bible literally shouldn't mean interpreting the Bible's 66 books all the same way – it would be a mistake to read poetry, parables, allegory, hyperbole, and other genres the Bible uses, all in a literalistic fashion. We'll treat the opening chapters of Genesis as literal history, but when Wisdom is referred to as a woman in Proverbs 8, we understand her to be a symbol. One problem with Dispensationalism is that it frequently treats what is meant to be symbolic as being literal.

Another problem is that while there is a historic type of Premillennialism, the more popular Dispensationalism has a very recent origin, going back just a couple hundred years. In contrast, we're told of Postmil's historic roots, and how it was popular among the Puritans. Other notable Reformed theologians like Jonathan Edwards, and more recently, James White, were also postmillennial.

2. It's an optimistic outlook

The film delves into a lot of texts, including the one its title comes from in the Lord's Prayer. Matt. 6:10 reads:

Your will be done,

On Earth as it is in Heaven.

One way to summarize the film is as an exploration of how this petition is to be understood. Jesus instructed us to pray this, but why then are we often pessimistic about God's kingdom, and His will, being accomplished here on Earth? Yes, we know His kingdom will reign eventually – at Christ's final coming Heaven and Earth will both follow God's will perfectly. But is that all that this petition is about? Or is it a request that we're making to God about now too, and the future, and at Christ's return?

To put it another way, do we believe we are living in a post-Christian age or a pre-Christian age? Most believers seem to think things are getting worse and worse. However, as texts are explored, the film provides a biblical basis for an optimistic understanding of how God's Gospel will triumph here on Earth. Rather than living among the last vestiges of a formerly Christian culture, God's good news will be preached and will spread, disciples will be made, and the world will turn to God in repentance.

On Earth also offers an important clarification about the Postmil expectations for this coming Kingdom of God. It is not going to be the Church ruling the State. It will instead be the Church teaching and discipling Christians, and those Christians then seeking to serve God and obey His will in every aspect of their lives... including the civic realm. So after a country turns to God they would forbid abortion because God says "You shall not murder" (Ex. 20:13). But this wouldn't be the Church ruling the State, but rather God's rule over the State finally being recognized.

While the film tries to be fair, it is making a case for one particular view. So if this is your first exposure to end-times discussions, you should note the advice Prov. 18:17 presents, and seek out further information.

One great resource, as mentioned in the film, is Steve Gregg's Revelation: Four Views, A Parallel Commentary, in which commentary for four different end-times views are listed for each verse of Revelation. Another helpful introductory book is Darrell L. Bock's Three Views of the Millennium and Beyond, where he's enlisted defenders of Pre, Post, and Amillennialism to debate and discuss their differing views.

If you'd prefer audio/video to a book, then you'll like "An Evening of Eschatology" that John Piper hosted about a decade back. His two-hour round-table talk featured three different end-times views: Jim Hamilton for Historic Premillennialism (the view that Piper also shares), Sam Storms for Amillennialism, and Douglas Wilson for Postmillennialism.

Will you be convinced? Well, in my own case this is the start of an exploration and not the end, so I certainly appreciate the many texts cited. This is a documentary to watch with your Bible in hand, and your remote's pause button at the ready.

My own interest in eschatology is related to the fruit I've seen that follows the different views. As the film shows, the pessimistic Dispensational view lends itself to only short-term thinking. If the world could end at any moment, then why spend time building Christian institutions and infrastructure for the future? Or as was said, who polishes the brass on a sinking ship? I remember a story about a Bible college president explaining why they had built their campus with wood, rather than stone – they didn't want to give the pagans stone buildings. His presumption was that his institution would eventually be lost to the world.

The Amill view most prevalent in my own Reformed churches is generally pessimistic but hasn't abandoned Kingdom-building projects. That might be most evident in the Christian schools we've built everywhere we have a congregation. They might not be stone, but there's a lot of sturdy cinder block being used! However, if we think the world is going to get worse, then why are we "polishing the brass"? Maybe the answer is our assurance of Christ's ultimate victory. It might also be in keeping with a thought, attributed to Martin Luther (probably incorrectly), that if the Lord was returning tomorrow, it would still be worth planting an apple tree today because it could still be done to God's glory.

If we're keeping God's glory first in our minds then there is a sense in which our end-time views don't matter nearly as much. Whether pessimistic Amill or optimistic Postmill, if either are focussed on glorifying God they may well engage with culture, build businesses, and start up schools in ways that are nearly indistinguishable from each other.

And yet, the fruit of Postmil's optimistic outlook can be seen in the lives of a David Livingstone, who explored Africa with the thought of preparing the way for the missionaries that would follow him years later. His work was for a future he expected to happen – God's Word spread and gratefully received throughout Africa – but which he knew he wouldn't live to see. His goal was to be a small part of a long-term strategy for successful Kingdom building.

Where our end-time views might also be relevant is in our weakness. Humanly speaking, if a fight comes to us, and we're convinced we're bound to lose, doesn't it make sense to delay the fight for as long as we can, to put off defeat for as long as possible? That's where pessimism can take us, to a shameful "peace in our time" approach that hands off our battles to our children. That's the temptation we'll need to watch out for any time government or other cultural forces come after our churches, our schools, or our families. Instead of defeatism, we'll need to fix our eyes on God and realize that we can glorify Him by fighting for what is right, whether we win or lose. Of course, the Postmil believer has his own sinful tendency to watch out for. Believing that Christians can actually win some or most of these battles, he might be liable to start unnecessary fights.

The most important point then is to never lose sight of God's glory: that is the reason we were created, and it is our privilege to proclaim His Gospel. Whatever we think of the end times, all Christians should be ultimately optimistic, knowing that Christ has already paid for our sins, already conquered death, and presently sits triumphant at the right hand of God the Father.