Beyond is Genesis history?

In Del Tackett’s 2017 documentary Is Genesis History? he interviewed PhD-holding scientists with various areas of expertise, all of them happy to share why their field of study backed a literal understanding of the first few chapters of Genesis.

It was among the best creationist documentaries ever made, and it left viewers wanting more. We wanted more with geologists Steve Austin and Andrew Snelling, and more with paleontologist Kurt Wise, and more with the many other experts consulted.

So that’s what Tackett’s given us. In Beyond Is Genesis History? Tackett shares 20 interviews – all of them 18 to 21 minutes – with six of the experts he consulted for the feature documentary. I loved the documentary, but I thought, at 400 minutes, this follow-up was too much of a good thing, and I gave it a pass. But then my dad saw it, loved it, bought me a copy and told me I really needed to see this. And boy was he right!

This isn’t something you’ll watch straight through – anything more than an interview or two at a time is going to be intellectual overload – but it is spectacular! Much more than talking heads, this is heartfelt, concise, deep discussion! Anyone who enjoyed Is Genesis History? will be sure to love this too.

Check out the trailer below, and for a dozen clips from the documentary, click here.

School shootings: the cause and the cure 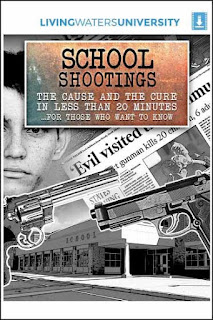 Ray Comfort’s new 20-minute movie is worth watching for the first few minutes alone. Comfort interviews young people and asks them if they can call a school shooter evil…and they can’t! Our culture doesn’t want to condemn evil because then they would have to own up to the evil in their own hearts.

Comfort understands that, so we get to watch as he coaches and encourages these young people to own up to what they already know – that this was wicked, that sin is real, and that they themselves are sinners too.

When they own up to that, then, and only then, does Comfort tell them about the Jesus. As he puts it in one of his books, there is a need to first bring people to “Moses” – to God’s Law and to a realization we are sinners – before bringing them to Jesus, who saves us from sins.

Cautions
The only caution I’d offer is that at one point Comfort makes it sound as if the reason we should turn to God is to reduce school shootings. But, of course, we don’t worship God for the purpose of combatting school violence; we worship God because He is good, just, gracious, and our both our Creator and Redeemer, deserving of all praise.

Conclusion
Like every Ray Comfort film, this has an evangelistic intent, that becomes explicit about halfway through. Most Christians could benefit from seeing Comfort in action, confronting and encouraging a world that doesn’t believe sin exists, to own up to the fact that they themselves are sinners.

Watch it for free at livingwaters.com/school-shooting-movie or below.

Posted by Jon Dykstra at 1:31 AM No comments: 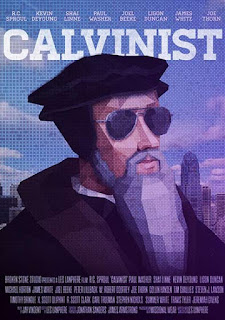