Uncle Tom: An Oral History of the American Black Conservative 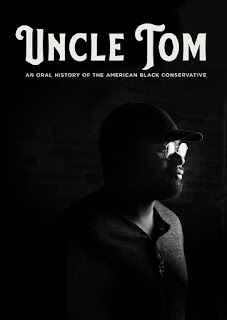 2020 / 106 minutes
Rating: 8/10
"Uncle Tom" is an insult thrown at blacks by other blacks for supposedly being too eager to get approval from whites. It's leveled at Larry Elder, Thomas Sowell, Walter Williams, Candace Owens, Allen West, and the many other black conservatives who aren't willing to unquestioningly back the Democratic Party and the policies that it pushes.
This conservative group is a small minority – in the US, blacks are a cohesively liberal voting block, with 9 out of 10 casting their ballot for the Democratic presidential candidate in the last election. But, as this documentary shows, the conservative minority is willing to wear insults as a badge of honor. They aren't going to stay silent about the damage that's been done to their black communities by government welfare policies and by a victimhood narrative that tells blacks they can't succeed because the system is stacked against them.
Uncle Tom is conservative commentator Larry Elder's project, and offers his perspective which is, ultimately, a very hopeful one. Yes, he details the bigotry that has existed and continues to exist but he also notes that real progress has been made, and that "this is not your grandfather's America." President Obama is shown echoing that point, speaking of Martin Luther King Jr. and his generation as being "the Moses generation" that "took us 90% of the way" and the task for today's "Joshua generation" is to work on that last 10%.
Elder contrasts that hopeful message with the scaremongering Democrats (including Obama) are running with now, where Republicans are caricatured as so racist that electing them will threaten black voting rights. The argument Elder makes is that it isn't a racist system, or racist boogie men that are blacks' biggest enemy, but the victimhood narrative. And he counters that narrative by showing and celebrating the successes of a broad assortment of black entrepreneurs and leaders.
Caution
Some of the exchanges we see are not polite ones, so there are language concerns, including the uses of the n-word (from blacks directed at other blacks), and quite a number of f-bombs, as well as some other words that we might not want our young children to know.
Another caution concerns how this film might seem unfairly biased. Many of us have grown up in the church, read God's Word daily and heard it expounded each Sunday, and that has equipped us with fairly reliable sniff detectors – even when we aren't able to put it exactly into words why we don't trust what's being presented, we can still sniff out lies. But in this case, I suspect some folk's sniff detectors might register a false alarm. The alarm will go off because there is a clear Republican conservative bias here, but just as offering a Reformed perspective is a bias too and doesn't preclude a fair treatment of opposing views, I'd argue the bias in Uncle Tom doesn't get in the way of a generally fair presentation. The Democrats are given plenty of screen time, and while their clips usually don't show them in a good light, these are the real positions Democrats hold and there is nothing deceptive about sharing what they actually believe. So yes, there might be too generous an appraisal of Donald Trump, and other points that we shouldn't be swallowing whole, but the overall argument against the victimhood culture is a solid one.
Conclusion
While there are Christians in the film, and some Christian perspective is offered, we never really get a concise summary of why the victimhood narrative is sinful (though lots of clues are offered). Parents watching this with their older teens might want to discuss: Uncle Tom offers a conservative perspective that, even as it doesn't always line up with the Christian perspective, still offers genuine insight into much of what's going wrong in race relations. I'd recommend this for ages 13 or up, based primarily on language concerns. But it is a film that demands discussion afterwards – it has to be unpacked and cross-examined to be of any use.
You can watch the trailer below, and rent the film for $8 US here. And if you enjoyed it, you can get a closer look at two of these black leaders in their own documentaries: Walter Williams: Suffer No Fools and the upcoming Thomas Sowell: Common Sense in a Senseless World.
Posted by Jon Dykstra at 8:58 AM No comments: 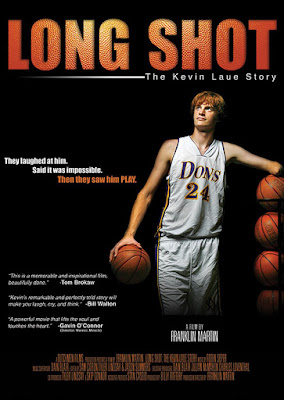 Free film: Flight of the Butterflies 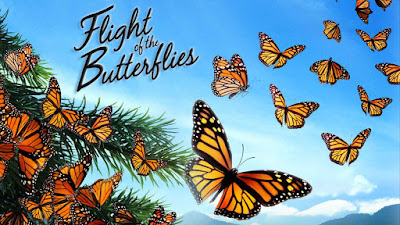 Documentary
2012 / 44 minutes
RATING: 7/10
Equal parts detective story and nature documentary, Flight of the Butterflies tells the story of "Dana" and her offspring, beautiful monarch butterflies making their way across the United States. It also showcases the investigative work of biologist Fred Urquhart and his wife Norah, who spent their lives trying to discover where the butterflies were going on their yearly migration.
The nature half is simply stunning, and deserves a widescreen TV viewing – you'd lose so much watching it on your phone. We get to follow Dana as she flutters from plant to plant, laying her more than 300 eggs, and get to tag along, too, as she flies as much as a mile up into the heavens. Then, when we eventually see one of Dana's grandchildren form her chrysalis, we get a peek inside:

The caterpillar to butterfly transformation is astonishing – one creature becoming something else entirely! But it gets even crazier: while Dana didn't live all that long, and her daughter didn't either, they somehow manage to spawn a granddaughter that will look just like them, but be another sort of creature once again: Dana's granddaughter is a "super butterfly destined to live eight times longer" than either of the two previous generations!
The mystery half is fun too. An actor familiar to many Canadians, Gordon Pinsent (Beachcombers, The Red Green Show) plays Fred Urquhart who recruits the help of regular folk – "citizen scientists" – all over the United States to help him tag, and then track the flight paths of monarch butterflies. After gathering this information for decades he can tell they fly south towards Texas, but where do these millions of butterflies go afterward? I won't spoil things: you'll have to watch it to find out.

The documentary opens with a quick nod to Darwin, with biologist Fred Urquhart declaring, "It has been said since Darwin's time that evolution has been written on the wings of a butterfly. I know my life has." Another similar sort of "nod" happens elsewhere, but the brilliant design evident in the monarch's lifecycle and remarkable migration far outshine these little mars.
There is also a few mentions made of man-caused environmental issues that might impact the monarch, including a passing mention of global warming. But these are very brief, and the film is not any sort of anti-man screed. As with many a secular nature documentary perhaps the most notable caution is simply that in a film about a creature whose beauty and amazing lifecycle screams out the glory of its Creator, the film never gives God His due. But we can make up for this deficiency.

Fred and Norah Urquhart spent 50 years learning all about the monarch, and in this remarkable film we get to come along for that journey of discovery.
This is a quiet film – there are no explosions to be found – so it isn't going to be to everyone's tastes. But maybe it should be – if the brilliance of the monarch butterfly doesn't fill us with awe at God's genius, maybe it's time we stopped watching so many car chases and superhero battles and sharpened up our sense of awe. Regardless, for the nature lover in your family this will be something special. You can watch the trailer below, and watch the film for free here.
Posted by Jon Dykstra at 2:09 PM No comments:

Larryboy and the Fib from Space 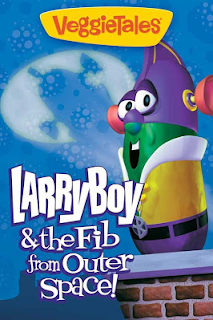 RATING: 7/10
Larry-Boy is no ordinary hero: first off, he's a cucumber, and secondly he's got super suction cup ears. And to complete the Batman spoof, he also has his own Larry-mobile, Larry-cave and asparagus butler named Alfred.
In this, his first adventure, a tiny alien named Fibrilious Minimus ("You can call me Fib for short") encourages a kid named Junior Asparagus to lie to get out of trouble. But one lie quickly leads to another and before he knows it Junior finds that his little friend Fib is now 20 stories tall. Can Larry-Boy stop the Fib from outer space?
Actually, no. Bumblyburg's resident superhero is completely confounded by the giant Fib. In the end only Junior can stop the Fib, by finally confessing to all his lies – a good message wrapped in great jokes.
If you like this video you may like a number of other "Veggietale" videos as well: Larry-Boy and the Rumor Weed, Madame Blueberry and Sheerluck Holmes. But not all the episodes in this Veggietales series are as admirable, with some tackling Bible stories in a way that just doesn't show the respect due God's Word.
You can get a taste of Larryboy by watching the official theme song video below.
Posted by Jon Dykstra at 3:22 PM No comments: