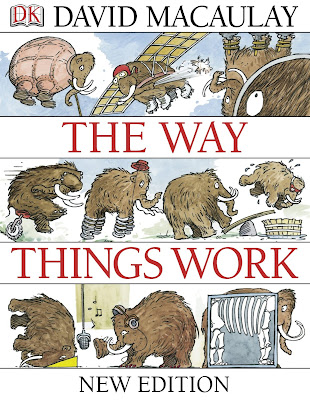 I should note that while The Way Things Work is a fantastic television series it is definitely not one to buy. Here in North America this 26-episode series goes for more than $500 and his marketed only to schools and libraries. That's where we got it - from our local library, where all the episodes were available, with no waiting. I've checked a few other libraries across Canada, and it's in many of them too. So check it out - our family highly recommends it.
Posted by Jon Dykstra at 11:35 AM No comments: