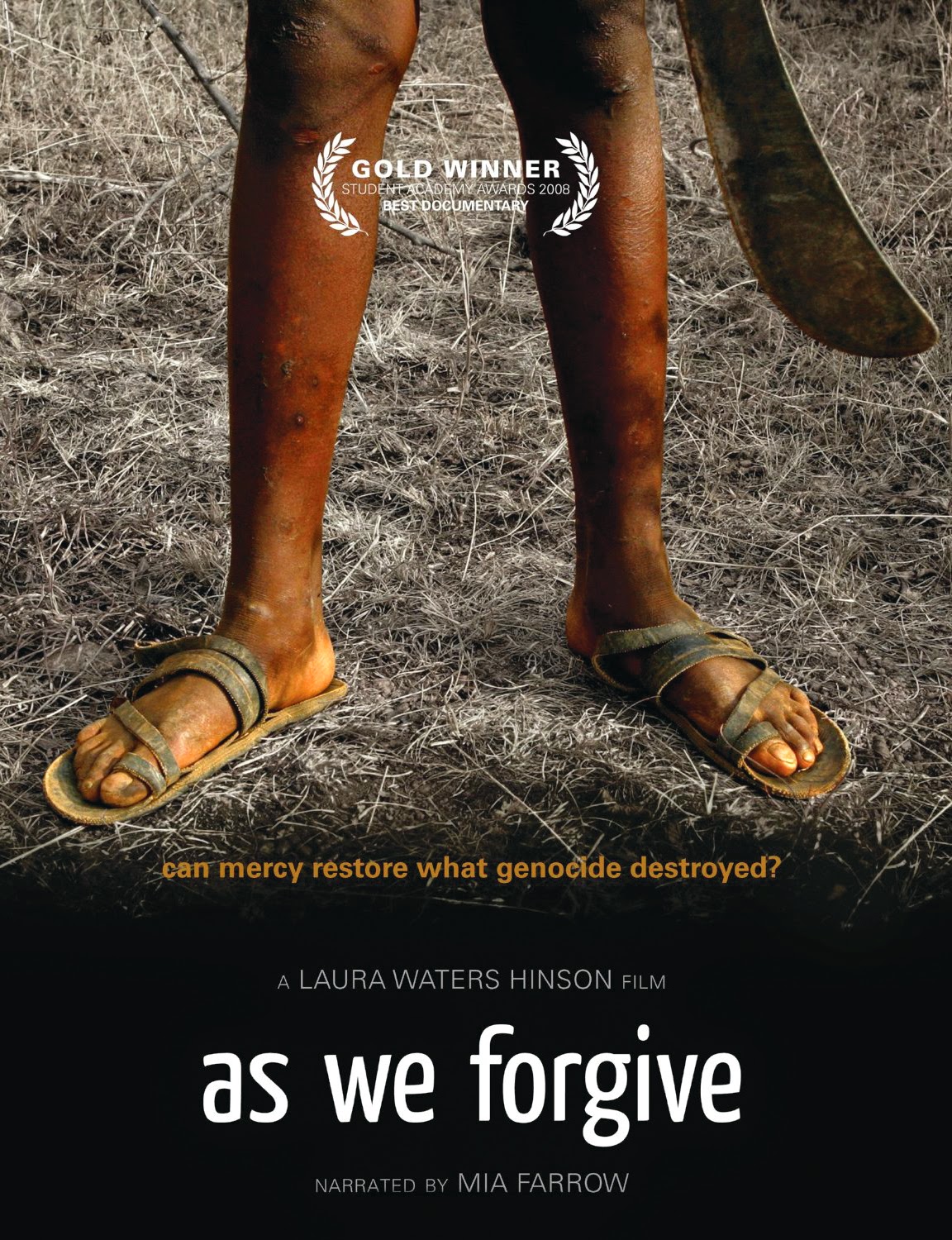 In Rwanda, in 1994, the unimaginable happened: approximately one million Tutsi Rwandans were killed by their friends, neighbors and fellow church members. As much as fifteen per cent of the population was murdered in just three months. The enormous scale of the evil left the government unable to offer any sort of justice. The jails couldn’t hold the tens of thousands of perpetrators, so the government eventually ended up pardoning most of them, sending them back to their villages, and homes, where they would live right beside the surviving victims.

Justice was impossible. But what about forgiveness? Is forgiveness possible when sins are this monstrous? How does a man who has killed a girl’s father dare go to her to ask forgiveness? And how could she ever find the strength to offer him that forgiveness?

As We Forgive has received all sorts of secular awards, but the story here is an explicitly Christian one. It is a film well worth watching twice, first putting ourselves in the place of the victims, and understanding how it is that God equipped them to forgive. If they can forgive, how much the more so us? And it is also worth watching from the perspective of the murderers. The two men we meet show what true repentance looks like. As one explains, he can never make up for what he has done, but he can try to show his repentance by doing all the good he can for his victims – he is building houses for the genocide survivors.

As you might expect of a documentary on such a grim chapter of history, there are some scenes – of the aftermath of the genocide – that are not suitable for children. But it really is a must-see. If you’ve ever said “I can’t forgive” then here is an example of what God can make us capable of, if we ask Him. Here, too, we see what real repentance involves. It is so much more than words. These men’s actions give evidence of the change that God has wrought in them.