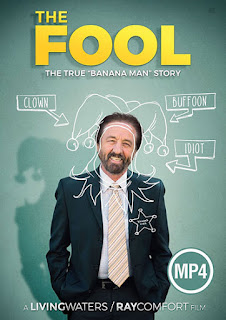 This is the true story of how evangelist Ray Comfort was mocked and ridiculed by atheists the world over for a silly joke he made that fell flat. But even as Ray was brought low, God was using Ray’s humiliation (Philippians 1:12): these same atheists started inviting Ray onto their shows, podcasts, and stages, and then they let him say anything he wanted. They asked him on to make fun of him, but their no-holds-barred invitations allowed him to use these forums to share the Gospel with hundreds of thousands of atheists who he would never have had a chance to reach otherwise.

Then atheists starting taking Ray’s books and began reading through them on their own YouTube channels, all in an attempt to mock Ray. But the end result was that now atheists themselves were sharing the Gospel with their listeners. As Ray asks, “Who but God could take atheists and not only have them listen to the Gospel, but have them proclaim it?”

This is documentary is a lot like its subject: frequently funny, always engaging, and focused throughout on spreading the Gospel by confronting sinners with their need for the Savior. You can watch it for free online at BananaManStory.com or down below.