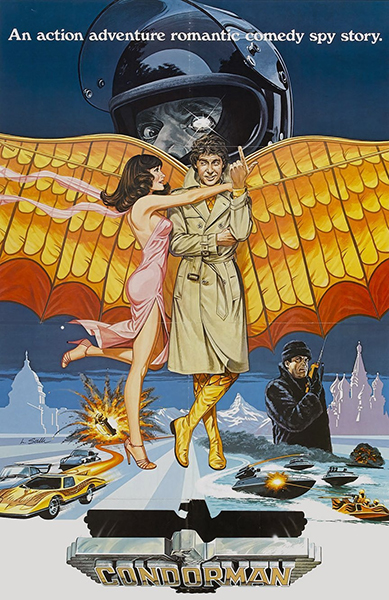 You can check out the trailer and rent it online at Amazon.com by clicking here or buy the DVD here.
Posted by Jon Dykstra at 8:24 AM No comments: 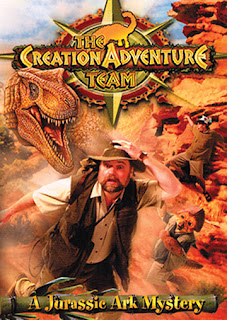 The Creation Adventure Team is out to discover when the dinosaurs died, how they lived, and whether there were any on the Ark. This video features non-stop action, impressive special effects, a number of clever spoofs, and a robot dinosaur sidekick named Proto. Renown dinosaur sculptor Buddy Davis, his teenage friend Ivan, and of course Proto, explore a dinosaur museum and show how these “terrible lizards” did indeed fit on the ark.

A Jurassic Ark Mystery is put out by the Answers in Genesis group and is one of the most entertaining creationism videos available for children. The only video that might be better is the sequel: Six Short Days, One Big Adventurer where the crew helps a student give a presentation to her public school classmates about how God created everything.

The videos come with a pile of extras. We spent at least half an hour afterwards looking through them all, with our favorite being the features on how they brought the robot Proto to "life."

The only one I can think of is that, as is pretty typical for a Buddy Davis production, the action here is a little on the frantic side of things. Davis is clearly focused on keeping the kids engaged, but I've heard a parent or two complain about just how hyper this all seems.

This is a video that would be fantastic for a school or church library – it is informative and entertaining! But for parents who can't deal with too much hyperactivity on the big screen, you'll want to steer clear.

They say this is for ages 7-12, but our 5-year-old really liked it too, and even our 3-year-old was content enough to stick around for the whole show.

You can buy a copy at Amazon.com by clicking here. But Answers in Genesis has also made it available for free online viewing (though it is broken up into 6 separate chapters) here. The sequel, Six Short Days, One Big Adventure can be watched at this link.
Posted by Jon Dykstra at 8:00 AM No comments: