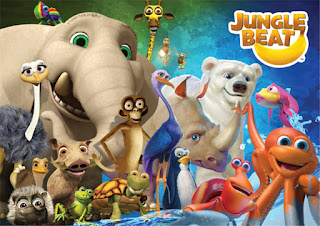 I'm always on the hunt for films or shows my kids will enjoy that I'll enjoy too. There aren't many that fit that bill, but Jungle Beat sure does. This is comic genius at its best!

The videos are all 5 minute stand alone pieces featuring one jungle creature. Our favorite is probably the giraffe, or the turtle, but the bee, monkey and hedgehog are popular too.

While the videos do have sound, they remind me of the very best silent film comedies from Buster Keaton, and Charlie Chaplin, because they are entirely dialogue-free (after all, animals don't talk, right?) so all the humor is physical. Let me give you an idea of some of the scenarios:
Each of the stories has a creative set-up, and all come with a happy ending. I don't know if Jungle Beat's creators are Christian, but I suspect so, because they've gone to great lengths to make sure this is family-friendly. So far there are more than two dozen short videos in total, which amounts to more than two hours of viewing, so gather round the family - you are in for a treat!

The producers have collected all 13 Season One episodes into one 65-minute video that they've made available for free on YouTube (and which you can watch below). From our two-year-old on up to mom and dad we all love them. We just wished there were more...

...and now there are! A second season, of another 13 episodes has been produced, and also made available as a 65-minute compilation, here below.

A third season is also available, but not on YouTube yet. So far as I can tell, only Americans can access it online at Amazon.com by clicking here, where the season (mislabeled as Season One) can be purchased for $8.99 (or watched for free if you have Amazon Prime).

You can also check out some screen saver downloads, and a trailer for a very fun-looking Jungle Beat game app (I haven't played it, but think we might buy this one - it's just $2.99) at their website: www.junglebeat.tv

I can't say enough good things about this series. It is so very clever, and other than a few moments of peril, which might have our two-year-old a little nervous, it is entirely safe. Two thumbs very enthusiastically up – I give this a 10 out of 10!
Posted by Jon Dykstra at 12:35 PM No comments: 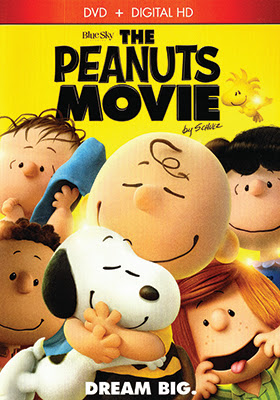