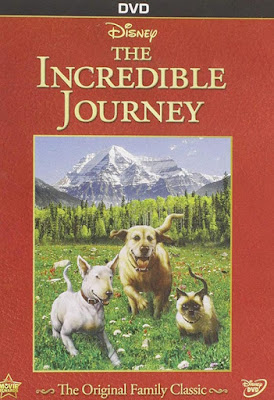 
What do Elsa and Anna, Tom Sawyer and Huck Finn, Pollyanna, and even Huey, Duey and Louie all have in common? If you said, they’d all been featured in Disney films, you’d be right, but that’s not the answer I was looking for. They all lack – and what many a children’s story protagonist lacks is – parental supervision. Dead or otherwise departed parents are pretty common in children’s fiction and films, and it isn’t as nefarious as it might seem. Parents need to be out of the picture because otherwise the story would end before it even got going. How could Peter, Lucy, Edmund, and Susan have explored the wardrobe if they’d been back in London with mom and pop? Parents still home when the Cat in the Hat stops by? He’d never make it past the front door. And Jack and Jill would never have tumbled if their mom had been there to tell them: “You’re not old enough to climb the cliff face– it’s dangerous! How many times do I have to tell you to use the path on the other side of the hill?”

In The Incredible Journey the parents are once again missing, but this time there is a twist: the Hunters aren’t so much parents, as owners, and their “children” are two dogs and a cat. While the Hunters are heading to Oxford, where dad is going to teach for a semester, family friend John Longridge has volunteered to take care of their pets back at his own cabin, some 200 miles away. But then he leaves too, heading out on a long hunting trip, and entrusting the animals’ care to his housekeeper Mrs. Oakes. Then, when the note he leaves her falls into the fireplace and gets burned up, she thinks he has the animals. The result: when the trio head out on their own, no one is missing them.

Luath, a Yellow Labrador, is the leader of the group. He wants to go back to their family, and convinces the other two, Siamese Cat Tao, and Bodger, an English Bull Terrier, to start off with him. While Luath knows the right direction, he doesn’t realize that home is more than 200 miles, and a mountain range, away. That’s the setup for their incredible journey. On the way, they have to contend with hunger, whitewater, bears, a lynx, and, unfortunately for Luath, a porcupine!

The big caution here would concern the tension. At one point it seems like that cat has been swept away by the river to her death, and the two dogs are left mourning. The only way my kids could get past that was with the reassurance that the dogs were wrong and the cat would actually be okay.

There’s a 1993 remake, where the animals are voiced by big-name celebrities. I like this version better, where a narrator explains what’s going on in the different animals’ minds. It’s a more realistic approach, almost akin to a nature documentary, where we’re observing something that could really have happened. Despite what you might read elsewhere, this didn’t happen – it is not based on a true story. There’s been some confusion on that point because the author of the book that inspired the film said the pets were based on her own – they are based on true pets – but her pets never went on any such journey.

What makes this such a wonderful film is the loyalty the animals have for one another. Bodger is old, and a drag on the group, but that only means that he gets to set the pace – Tao and Luath would never think of leaving him behind. Our whole family, from 8 on up really enjoyed it. The appeal for the kids is the pets – our girls love pretty much any story with dogs or cats in it – while the appeal for the adults was the uniqueness of it. This is an old-school Disney film, so it was easy to predict that everything would turn out fine in the end, but these animals took us on quite the journey with twists and turns that weren’t so easy to predict. And that sure was fun!