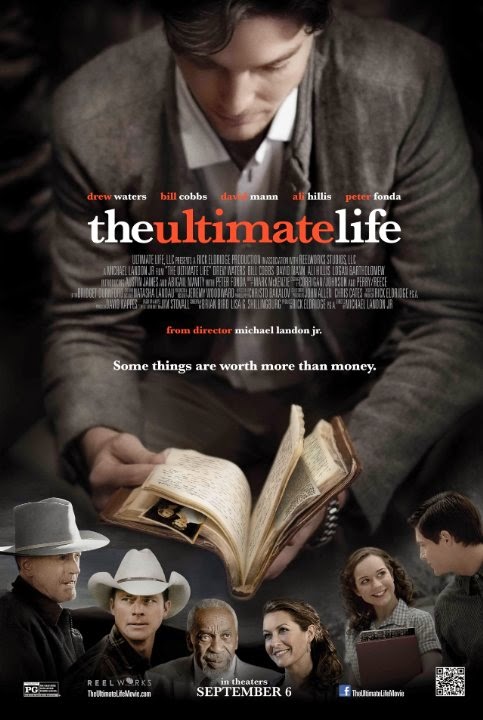 In this sequel to 2006's The Ultimate Gift, Jason Stevens is now in charge of his late grandfather's $2 billion charitable trust, but  But as noble as his line of work might be - distributing charitable dollars - it seems Jason is letting his work get in the way of love. He wants to ask Alexia to marry him, but he's too ready to let work intrude on even his elaborate proposal plans.

So off goes Alexia, to do medical relief work in Haiti. Jason, almost as confused and bewildered as he was in the first film, turns to his grandfather's journal for direction. From then on the film is about the hard lessons learned by his grandfather, Red Stevens, over the space of 3 decades, as he gives up nearly everything - including his family - in his obsession to become a billionaire.

Though this is sold in Christian bookstores, there is next to no Christian content. The god of this film is family; that's what is trumpeted at the "ultimate life" as Jason and Red both learn that their family is more important than money. So, on the one hand, that's a lot better than films that propose sex, or money, or power, or fame as the ultimate – the god to be pursued – but it still falls far short of what a Christian movie should offer.

The film will have appeal for anyone who has seen the first and wants to meet up with Red and Jason again. However, it doesn't have quite the same charm, and though the cast is talented (including a brief appearance by Peter Fonda!) the storyline isn't all that compelling. My wife and I both enjoyed it well enough but this isn't one we will ever re-watch.