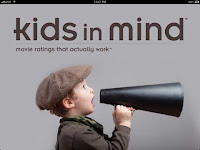 Movieology describes itself as "your ticket to engaging the spectacular world of film from a bedrock of biblical truth." These guys are Reformed, amusing and they will make you think. The site is now longer being updated, but the reviews they have there, and more importantly the presentations they include on how to think about films are well worth checking out.
Posted by Jon Dykstra at 5:17 AM